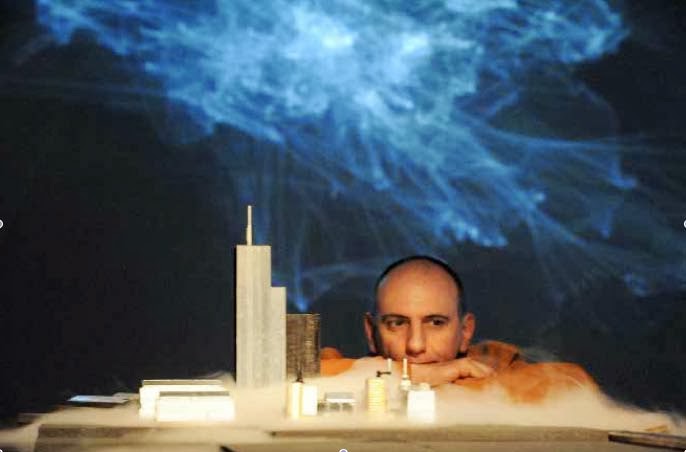 Since the 1990s, Bertrand Lamarche has developed a protean body of work which is centered around a series of recurring objects or movements. Constructed around a narrative and analytical framework, his work is both emotional and contemplative. Lamarche creates systems of amplification, loops and mise-en-abyme. Incorporating a prototypical approach to the architectural model, specific optical phenomena and the special effects developed during the early days of cinema, his work offers a tangible, dramatic and vertiginous experience.

Lamarche's work invokes an ensemble of motifs: meteorology, popular music, urbanism and industrialization, giant umbelliferae, black holes and genre films. His evolving mise-en-scene deploys a rudimentary or primitive machinery in order to explore the autonomous potential of his scenarios, which operate in the interstices of installation, performance and video projection.

His work exists within its own specific temporality. It's an elastic collage, influenced by a wide and evolving range of visual and historical references: Klossowski's ghostly Baphomet, the shadow of Josephine Baker, Jean Epstein, science fiction, Kate Bush, the rotational movement of a record player, the urbanism of the post-war years, Camille Flammarion's meteorology, the skyline of the city of Nancy.