The loop and repetition are also hypnotic processes that lead the visitor to clarify the object of attention and open the way for introspection. It’s a question of getting out of yourself to make a better return. This duality and complementarity between interiority and exteriority of the world form a landscape in the sound sculpture entitled Funnels (2014-2015). Loudspeakers are orientalist rotundas put on a hill with many reliefs. In its lair, a tunnel leads into the unknown. Discrepancies arise between the object and its representation, between the visible and the invisible, between what might be the interor of a nightclub and the exterior of a sacred mountain. 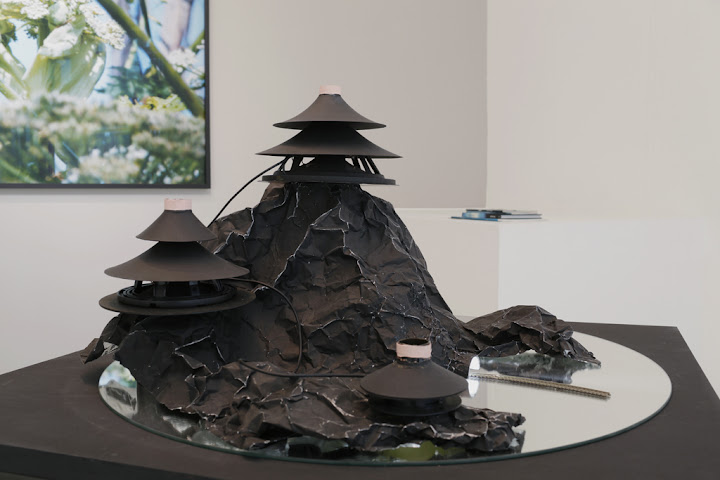 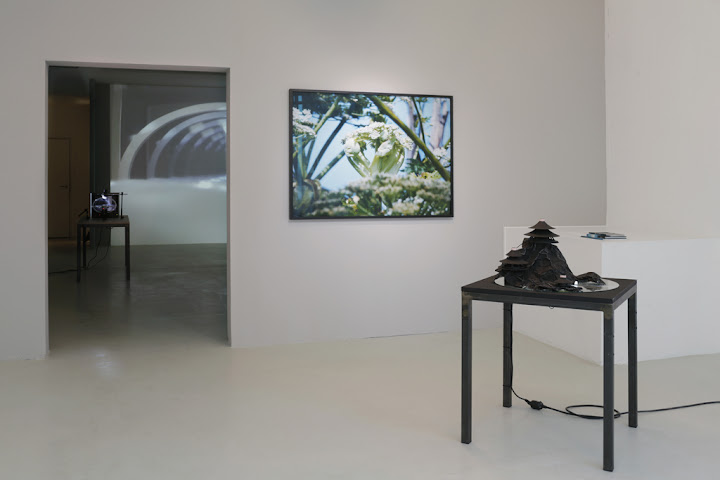